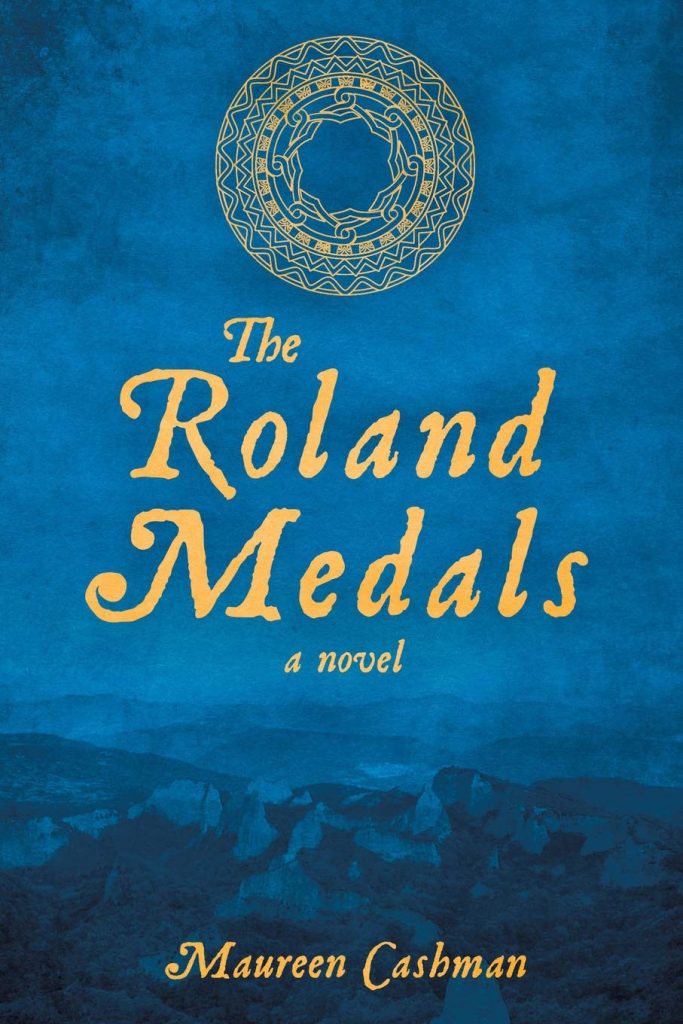 Maureen Cashman has a knack for evoking place and I enjoyed reading her previous book “Charlie & Me in Val-Paradis”, her memoir about the trials and tribulations of temporarily relocating not only herself but also her poodle, Charlie from Canberra to south-west France. Being a novel rather than a memoir, her new book The Roland Medals is quite different but it did not disappoint.

The setting is, for the most part, a monastery on the Camino Invierno and the main character is a pilgrim yet The Roland Medals is not a Camino book per se. Rather it is a mix of genres – mystery, adventure, historical fiction, romance as well as pilgrimage. A tall order that the author manages adroitly.

As well as being a pilgrim herself with experience on many of the Camino routes, the author’s website https://maureencashman.com/ states that her research included travelling “to Finland, Russia, France, Italy and Spain as well as specialist museums and libraries in the UK and the USA.” That meticulous research is evident in the finished product.

The book has two principal threads separated by more than 400 years. The central character in the modern story is Armi, a Finnish border guard who flees to the Camino in an attempt to escape psychological and physical threats to her well-being. Her pilgrimage is interrupted by serious illness and then by her volunteering to help out at an albergue run by those who had cared for her.

The historical saga follows Carmelo, a monk who was the creator of the Roland Medals of the title. Carmelo and Rodrigo, his friend and fellow monk serve as protectors to two viscountesses who need to travel to France. A perilous journey and one that ends in their being caught up in a war zone. The personal threat to these women parallels treatment that Armi has suffered at various times in her life.

There are other connections between the two threads with The Monasterio San Miguel y Todos los Angeles where Armi recuperates being a major feature and, as one would
expect, the medals themselves are the linchpin that ties everything together.

The book is divided into four parts which keeps the threads separate but the author has maintained continuity and the links between them ensure a sense of flow. I suggest you block out a period of time should you decide to buy this book as I wanted to keep reading and flow along with it.