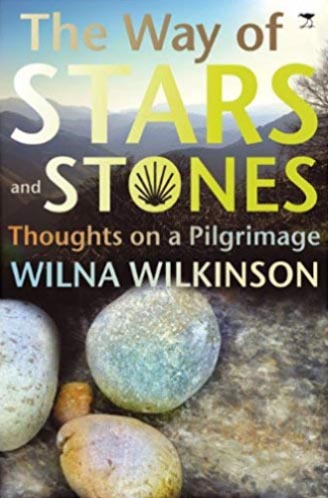 At its April general meeting in Adelaide, the Australian Friends of the Camino had the good fortune to hear an outstanding address by the author of the above book. This stimulated another look at her Camino book, which was so well reviewed when it appeared, and which has continued to be one the most highly regarded of the ever-growing number of personal  spiritual and practical reflections on the Camino experience.

As Wilna was preparing for her Camino—the 800km Camino Francés she walked from February 2008—she concluded: “It soon became apparent that a fair percentage of the people who’d walked the pilgrimage had written a book about it, but just how many came as a surprise. It seemed there were hundreds of books… later, while walking the Camino, I discovered that almost everyone I met had a favourite book that they’d read and studied before embarking on a pilgrimage.”

As a speech writer, a public speaking and presentation skills coach, and as a motivational speaker Wilna has travelled and worked all over the world, loves  and now lives in France. She found that on both a physical and mental level the Camino was a ‘more demanding and exigent challenge’ than she had ever experienced during a privileged life. It was a spiritual journey for a woman who chose to walk alone in the middle of winter, and which changed her life completely. It was also a journey with empathy. For example, the Spanish are not renowned for their treatment of animals, particularly dogs in rural areas. On more than one occasion Wilna had need to soundly rebuke dog owners, and threaten to write to Juan Carlos, the then the King of Spain about them!

As just one of nine worldwide reader commentators, an Australian with the initials T.B., avers at the back of the second, 2009, imprint of The Way of Stars: “Your book is an inspiration. I have sent copies to many friends who are transfixed, can’t put it down. I was the same—wanted to keep reading but didn’t want it to end. Tears and laughter, awe and empathy, fascination and inspiration— your words, your style. Your insight, your generosity, have evoked all this.”

Overall, The Way of the Stars really does merit a second read if you are fortunate enough to have a copy. If you do not—and particularly if you are planning your first Camino or your first venture along the Camino Francés – do invest in one, or borrow a copy from your local public library.