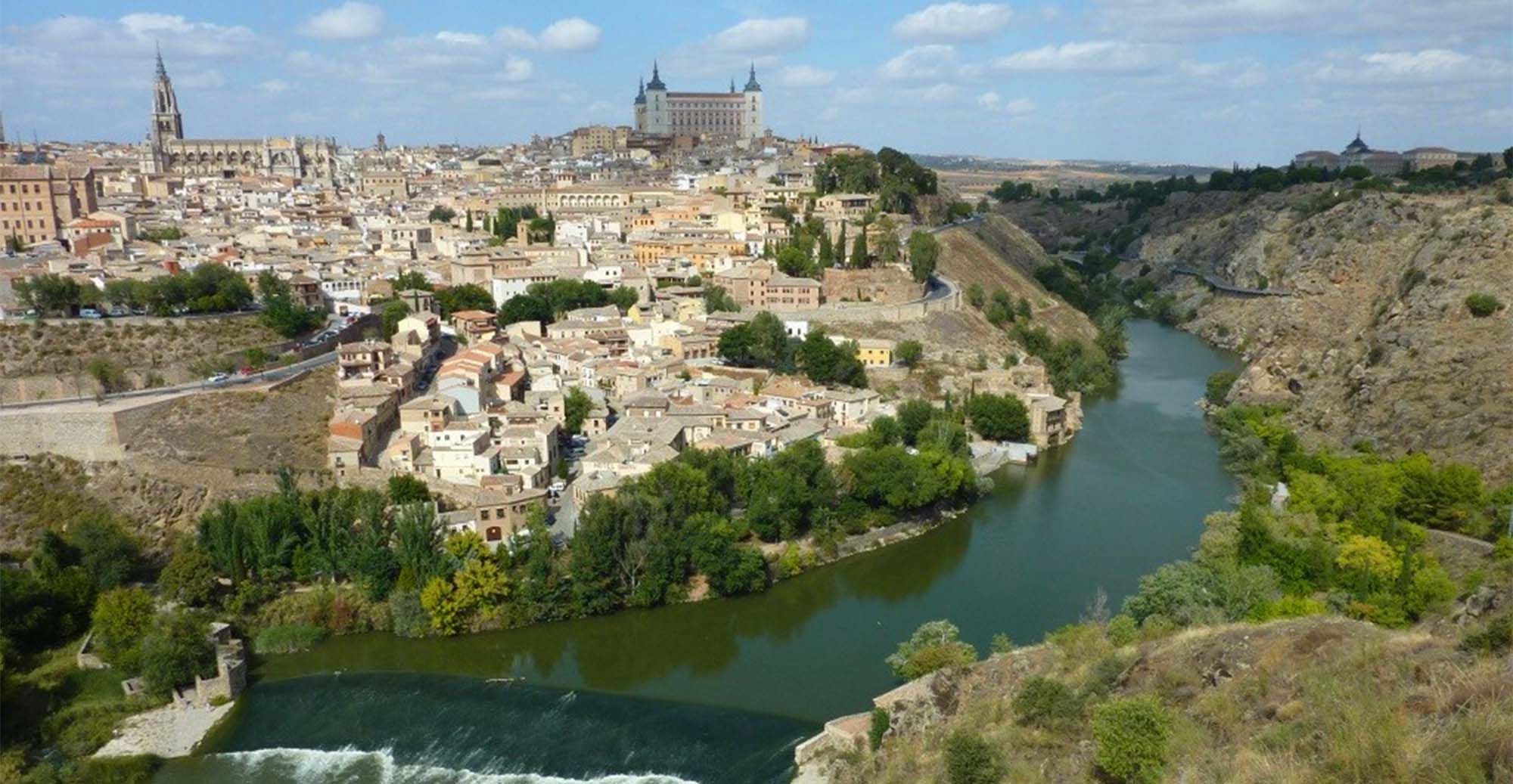 In Spring of 2012, Mary and I walked our first Camino, most of the Via de la Plata from Seville. During that time, a Camino companion, Lucian from Belgium, who had walked many Caminos, told us that he had walked the Levante from Valencia 3 years ago, and that it was a very beautiful and remote Camino. On our return to Australia, and as we reflected on our recent rich experience, we decided that we would attempt this Camino in the Autumn of 2014. Firstly, a summary of those things that we found most helpful in preparing for this journey. The website for the Amigos Del Camino Santiago Communidad Valencia, while mostly Spanish, has a quite detailed description of their 42 stages to Santiago. They publish an English language guidebook with very detailed historical information and maps. However some of the days seemed much longer than the indicated distances. We emailed the Amigos in 2013 and purchased a 2009 edition, which is largely accurate, though affected in places by rail and road work. However we could not contact them again in early 2014. They also have a downloadable GPX track map. I synchronised this onto a small Magellan handheld GPS device, and this was absolutely indispensable in the first weeks, when track marking was irregular. But carry spare lithium batteries! It was also essential for navigating out of towns before daylight, necessary on some of the longer days. Lots of useful and current information can be gleaned from forums and blogs. To make some of the days more manageable, we planned 47 stages over 49 days, but some 40km days were still unavoidable. Our Spanish was too basic for a phone, but while the Levante was remote, there was plenty of free Wifi for a small tablet. And it was remote: we only met 3 pilgrims over the 800km between Valencia and Zamora, where the Levante ends and the Sanabrés begins. Back to the journey… The first section was south and then west, climbing up to the expansive plains of La Mancha. The walk out of Valencia was not pretty, with much rubbish strewn along the way. The path passed through an industrial estate, then into Silla, our first stop. Our first day was only 15km, but we were very hot and tired, and a little despondent. Unfortunately the first 5 days or so were all largely on bitumen. The second started with a beautiful walk on roads through rice fields, with herons feeding on yabbies. The following days were very hot too, and we started to pass through vast citrus orchards, with the fruit not yet quite ripe. Xativa has an extraordinary castle on a small mountain overlooking the town. After a long day we caught a tourist tren up and took in the views for an hour. The next day the scenery started to improve, as we began to climb through hills to Moixent. Little accommodation was available there, apart from a casa rural (Poblanche), 1km out of town, which however had very restful gardens. There we were told there had been 2 pilgrims through earlier in the week. The following day was quite short, and the path was still climbing, to La Font de Figuera, where there was a new, very nice, municipal albergue. We had now finished climbing and entered the breathtaking expanses of La Mancha. The path was now largely off bitumen and we walked along dirt back roads and tracks. An occasional car or cyclist would pass, but generally we were alone. The harvest was over and for many days ploughed fields stretched from horizon to horizon, with only a few trees in sight. At one point on the way to Chinchilla, there was only a single small tree to be seen in a world of red soil, a sight which we discovered had captivated another pilgrim whom we met much later. The towns would appear much closer than they really were which was sometimes frustrating. And the towns were also very interesting, with many castles dominating the skyline along the way. Because of our poor Spanish we left accommodation to chance, staying mostly at hostals, but also at albergues and occasionally at polideportivos as the need arose. We were definitely walking in the off-season, as we were almost always alone. However some of these towns have no hostals and very small albergues, if any. If there was a festival, or more pilgrims walking, it might have been difficult. However casa rurales are sometimes available but not listed in the guidebook. And peregrinos must be aware that another Camino, the Sureste from Alicante, weaves in and out of the Levante, and is often much better marked. We ignored the GPS after Minaya on the way to San Clemente, and followed the clear yellow arrows for most of the day until we realised our mistake.

Some of the highlights on the way to Toledo were the endless grape harvest after San Clemente, the Don Quixote windmills around Moto del Cuervo, and the Plaza Major at Tembleque, surrounded by a uniquely carved wooden double balcony. We had to be careful in the pre-dawn darkness, as tractors and large trailers sped out to the fields. Some people were very kind. On two occasions truck drivers stopped and loaded us up with ears of sweet corn and, later, grapes, far too many to carry. And even this far from Santiago, most people knew what we were doing, and would wish us “Buen viajae” which always lifted our spirits. And coming upon the magnificent view of old Toledo in the bend of the Tajo river was one of the defining moments of this Camino, and more than compensated for a 40km day. However this day took a toll. Mary badly injured her hip and had to take buses or taxis over the next few days until recovered.

The first few days out from Toledo were flat and rural, but after Escalona we started to climb again, first through very beautiful pine forests to St Martin de Valdeiglesias, which is quite close to Madrid, then through Cebreros to Avila. These were some of the most beautiful walking days on the Levante. The path led by the famous Toros de Guisanda, ancient stone bull sculptures, then through delightful countryside. At Cebreros we met properly our first fellow pilgrims, a Norwegian couple whom we had briefly encountered at Escalona. They were doing the Camino a few weeks at a time each year. We realised how much we had missed company, and until they departed a few days later at Arevalo, we met every evening for tea. After I climbed the mountain behind Cebreros, there was a locked gate which confused me, and I took a long detour. However there is a right of way, and I should have climbed the gate. After that we had a memorable evening at San Bartlome de Pinares, a hamlet nestled into a hillside. There is one hostal, and the owners, a lovely couple, were amazingly generous and hospitable. With the Norwegians, the hosts, and a few locals, we had one of the most convivial evenings of the Camino. The walk from here to Avila was stunning. The path followed cattle tracks through herds of very large cows and calves, which I treated warily, but they were very docile. The weather was good and the views spectacular. Avila was also breathtaking, with its old city walls perfectly intact. The stage after Avila was to the tiny village of Gottarendura, St Therese’s birthplace. The walk was along dirt roads through magnificent rural scenery. Several towering granite crosses stood by the path in glorious isolation. Then a thunderstorm burst and we walked in pouring rain for the last 2 hours, arriving at Gottarendura very cold and wet. However there we were surprised to discover a very modern and well-appointed albergue. The only café shut at 3pm, but opened for pilgrims in the evening if required. In the end we had a cosy evening, after the only serious rain we encountered on the Levante section. The walking thereafter was muddy, as we had been a few days behind the rain. The countryside was largely flat, and quite green. The towns were, as always, fascinating. Arevalo had many interesting churches, including one surmounted by a statue of a black Christ. Sheep statues on the cathedral bell tower at Medina del Campo attested to the importance of the wool industry. Toro, with its many churches and monuments, is perched high up over the intact Roman bridge spanning the Duero river, and it was a steep climb after a 30km day. We met only our third pilgrim on this section, Frank from Germany, and with whom we shared several meals. On the last day into Zamora, the way followed the Duero river. Apparently many people get lost coming into Zamora, but with my GPS and Frank’s guidebook, we had little trouble. As at Toro, we crossed another magnificent Roman bridge to enter the beautiful and well cared for old city of Zamora. The cathedral has as its symbol the Lamb of God, an image which I had not encountered in Spain before, but which reminded me of my school days.

It was a great relief to have arrived safely at Zamora, and to have completed the Levante section. The people and the weather had been very kind. But there was still another 400km ahead on the Sanabrés that had to be traversed to arrive at Santiago. Zamora: Lamb of God
Australian Friends of the Camino