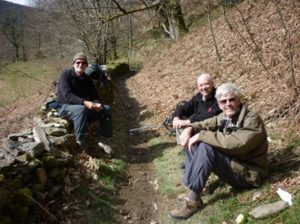 John, Bob and Phil between Valcarlos and Roncesvalles on Day 2

My interest in the Camino started in November 2009, after seeing black and white photos of the Camino at an exhibition in Daylesford, Victoria. Then in 2011 I watched The Way. After the film I began researching the Camino Francés, eventually purchasing a copy of the Brierley guide-book.

By 2012 I had made up my mind that I was going to walk the Camino Francés.  I asked my brother Phil if the would like to go for a short walk with me. Unfortunately the 800km was a show stopper! Then in Brisbane chatting with friends Bob and Denise, Bob and I decided to do the walk together and flights were booked to Barcelona arriving in early April, giving us both just over 3 weeks to prepare. The first time that I tried on my full pack was when I walked out the door to catch a taxi to the airport. 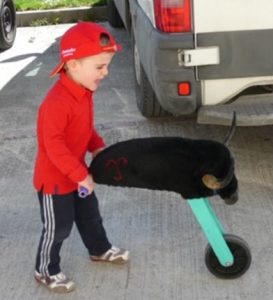 The first night in Barcelona was quite a shock as l had not slept in a room with anybody except my wife for over 35 years. The following morning we took a train to Pamplona where we met Paul, a friend of Bob’s who had also decided to join us. While in Pamplona we obtained our credentials. From Pamplona it was a bus to Roncesvalles and a taxi across the Pyrenees to St Jean-Pied-de-Port. At St Jean we visited the Pilgrim Office where we learnt that the Napoleon route was closed due to heavy snow, and found accommodation for the night. Due to our limited preparation and training and being new to ‘the pilgrim thing’ we decided that we would have a short first day and only walk as far as Valcarlos.

The following day we arrived in at the wonderful albergue in Roncesvalles where we participated in our first communal meal with other pilgrims. Sharing my cubicle were a Dane and a Canadian who had attempted to cross the Pyrenees by the Napoleon route. They abandoned their attempt when the snow was waist deep and sought lower altitudes. These two pilgrims soon became part of our extended Camino family that expanded to include three South Africans (priest and two of his parishioners) an English couple, a Dutch girl, a girl from Sydney, a young German man and another Canadian (Dwain, who snored). Our next overnight stop in Zubiri was a real eye-opener after our previous night in Roncesvalles. Open showers and dilapidated bunk beds did not do a lot for us especially when an overweight German pilgrim decided that his bed above Paul was a trampoline. 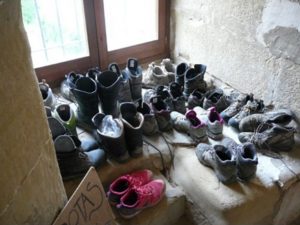 The climb from Cizur Menor to Alto del Perdon was interesting, with one of the South Africans arriving at the top with one shoe and a very muddy sock. Puente La Reina was memorable for the picnic evening meal in the grounds of the albergue entertained by a couple of Italian pilgrims busking their way to Santiago. Here I attended my first mass and pilgrim blessing. While there was only a small congregation, the singing at the mass was memorable, as was Dwain’s snoring.

Departing from Estella we arrived at the Monasterio de Irache and its famous wine fountain to find it dry. Not good news although wine at 7:30am was probably not a good idea. Walking with us at this time was Lloyd from the UK. Lloyd had a bad knee and spent most of his Camino in a taxi or bus. Notwithstanding, Lloyd could be counted on to find the best bar in town and was always sitting outside with a glass of wine and a greeting when we arrived. Arriving in Los Arcos on the following afternoon we quickly changed our intended albergue when we discovered that Dwain the snorer had arrived just ahead of ourselves. The follow morning Paul awoke feeling unwell and decided to remain in Los Arcos for the day. In hindsight I should have stayed with him instead of continuing on with Bob, although all turned out well and we were back together again in Burgos a few days later.

Our next stop was Logrono where we purchased Spanish Sim cards for our phones, making communications easier and affordable rates for ringing home. Wandering through Logroño, Bob and I ran into a number of pilgrims that were becoming our Camino family. It goes without saying that the group were sitting in the shade outside a bar. This was the first of many impromptu communal meals. While we did not always walk as a group, without any planning, we usually managed to congregate each evening for a drink and often a meal. 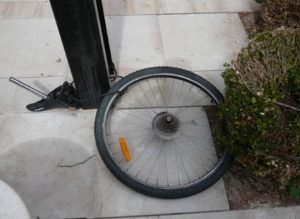 Two nights later found us in Grañón, a very special albergue located in an annex attached to the church. Here instead of the usual bunks, we slept on mats on the floor. Getting up from the floor in the middle of the night is almost as bad as climbing down from a top bunk. The albergue offered a shared meal and I seem to remember that we were required to sing for our meal. Given my singing voice, it was a miracle that I was allowed to eat that night. Our young German friend entertained us by dressing up in clothing articles abandoned at the albergue by previous pilgrims.

Burgos was our first rest day after 12 days of walking. It felt strange to wake up and not walk. The day was spent visiting the magnificent cathedral and the citadel which was subject to an unsuccessful siege by Wellington in 1812. In Burgos, Paul caught up with us after several days walking alone.

Around this time we also met Bill Bennett, an Australian film director who was walking the Camino by himself. Bill would spend long days walking as he liked to take photographs and each photo could take many minutes to compose and get perfect. Later Bill wrote a book titled “The Way, My Way”, a best seller for books about the Camino, which mentioned Bob, Paul and myself for our village classification system… a village with three storks has to be better than a village with only one stork!

I cannot recollect a lot about our crossing of the Meseta but I do vividly recall the last hour of walking into a small village in sleet and the bar that we located with a very nice fire. Obviously I can recall the landscape, crops, the lack of shade and of course the seemingly endless path running parallel with the road. I also recall the surprise of a village tucked away in a valley with no indication of its presence until you were almost on top of it. This village was probably Hontanas. I enjoyed the crossing of the Meseta and certainly did not find it to be boring.

León was our second rest day where caught up with Bill and enjoyed an excellent meal together. For the first night we found a nice hotel with a triple room; the second at Santa Maria de Carbajal run by Benedictine nuns—a bad choice. Males and females were separated into separate dormitories… 40 males in an enclosed space was not conducive to a good night’s sleep.

Astorga was a lovely place for an overnight stay, where we viewed the Roman ruins, visited the cathedral and marvelled at Palacio Gaudi. After a night in Foncebadón we arrived at Cruz de Ferro early in the morning, placing our stones on the pile at the base of the cross. My stone came from the beach at Seventeen Seventy, a rock that Captain James Cook tripped over when he stepped ashore in Queensland in that year.

Molinaseca is a pretty village on a river, where we found accommodation next to a bar in the centre of the village. Staying here proved to be a good choice as most of our Camino family wandered in and advised that it was our Danish friends’ 21st birthday and that there would be a party on the bank of the river. 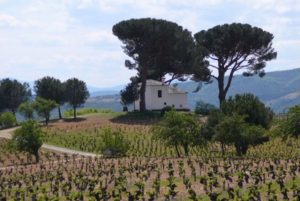 Stone pines between Ponferrada and Villafranca

The following day Paul and I managed to get lost leaving Ponferrada. While we could see the town centre in the distance, we had no idea where the path was but were approached by a Spanish woman who had also determined that we were in the wrong place. While she spoke no English, she unhesitatingly put us in her car and drove us back to the Camino.

After yet another steep uphill walk we arrived in the village of O’Cebreiro with its lovely stone work and pretty thatched roofs. The downside to the stay was the albergue accommodation with all heaters turned up to about 35 degrees.

From Sarria on, there was a noticeable increase in pilgrim numbers, though not so many as these days. Paul and I stayed our penultimate night in Monte do Gozo. Bob was waiting for us on the way into the cathedral and escorted us to Praza do Obradoiro where we immediately ran into Bill and other members of our Camino family. We were in time to attend the midday mass and were lucky enough to see the botafumeiro swung. Later we obtained our compostelas upstairs at the old Pilgrim Office. Our final nights in Santiago were spent at Seminario Menor. Here we enjoyed well-spaced single beds and lockers to store our packs. ‘Headquarters’ in Santiago was the Cerveceria 100 Montaditos, which served cheap beer, wine and tapas, where our pilgrim family gravitated and spent a couple of excellent evenings there before going our separate ways.

What l enjoyed on this first Camino was that the common goal of all pilgrims was the destination (Santiago de Compostela). Age, sex, religion, occupation, country of origin were not of any consequence. Probably the only other common denominator in our pilgrim family was the fact that we were all able to converse in English. Everyone was walking to Santiago for their own reasons and while each of these reasons were different, we all respected the other’s motives.

It was refreshing to rediscover the small number of items that you need to survive an 800km walk across Spain. Everything l would need for my Camino was in my pack.

The one thing that I did not expect to happen on this first Camino was that I would become a Camino ‘tragic’ and return to walk Caminos the following year… and each year through to 2019. 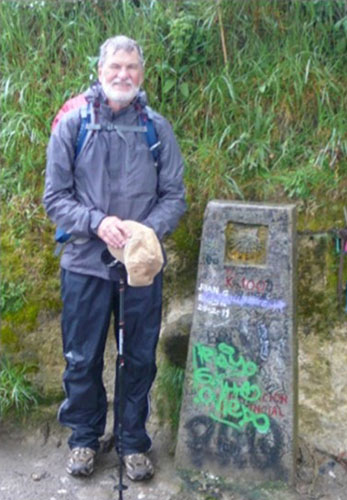 John by the old 100km mojone 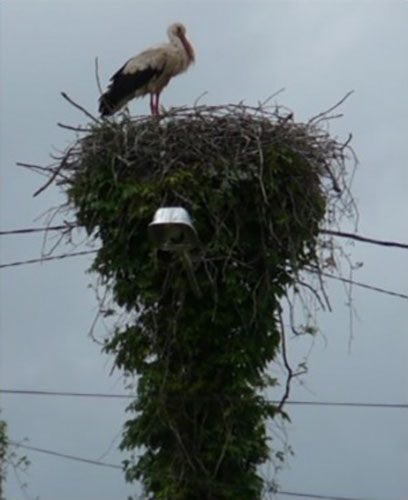 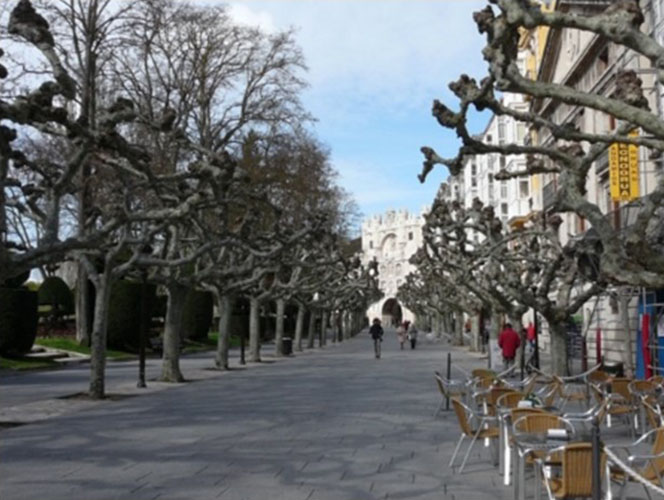 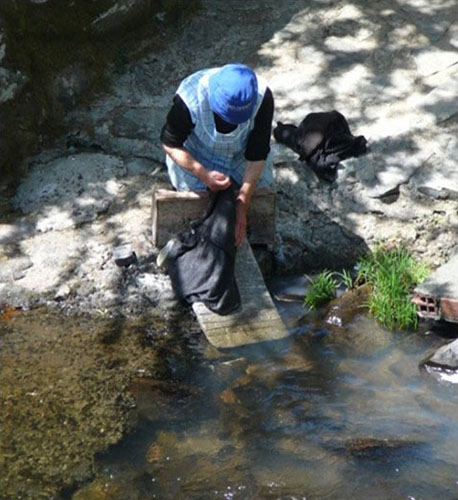