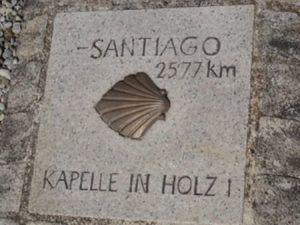 Following our Camino’s Levante and Sanabres, we spent a few days in Madrid before heading to Munich to walk the Jakobsweg from Munich to Lindau on Bodensee or as it is more commonly called Lake Constance.

For this walk there was a group of eight, being myself, my wife Judy, Paul and Jane together with Carol and Sam from Missouri who we met walking the St
Francis Way in Italy in 2017 first time walkers Jen and Dave also from Australia.

As we could not locate an English guide for the walk we consequently relied a guide in German, a GPS track and sign posts. We need not have worried as the route was very well marked. Part of the route was common with King Ludwig’s walk down to Füssen.

Before commencing our walk we spent a day in Munich visiting the sights as well the beer gardens. We also took a tour of the Residenz and saw the amazing collection of relics housed there including the skull of John the Baptist (one of four recognised skulls, the others being located in Damascus, Rome and Amiens, France).

We also used the day to post our excess baggage on to Friedrichshafen where we intend to stay for a few days on the completion of our walk. This went well until Jen realised that her and Dave’s walking poles were now heading to Friedrichshafen without them. Jen quickly returned to the post office and with a certain amount of pleading was allowed to access their case and retrieve the poles.

We commenced our walk from St. Jakob’s church in Munich where we had a group photo taken then followed the Isar river south out of the city on walking paths and bicycle tracks. Luckily the majority of the path was shaded and made for great walking. Most of Munich was out enjoying the summer heat including several groups drifting down the river on log rafts complete with live bands or a DJ and cold beer. It looked like a great way to spend a very hot day.

We arrived in the village of Shäftlarn late in the day, not too footsore after walking 28km in 30+ degree temperatures, to be unexpectedly faced with a steep 20 minute uphill climb to our hotel. In addition we had to walk back down the hill to obtain our evening meal. The evening meal was in yet another beer garden under ancient chestnut trees.

Having researched the walk, we pre-booked all of our accommodation as there was limited availability in some of the villages on the route. This allowed flexibility with arrival times.

On Day 2, the heat wave broke with a massive thunder storm. Luckily we were in the village of Maising and were able to take shelter in a local traditional Bavarian restaurant. At this point we learnt from a very grumpy waiter that ‘french fries’ are not a traditional German food. Following the storm we arrived in Andechs late in the afternoon. 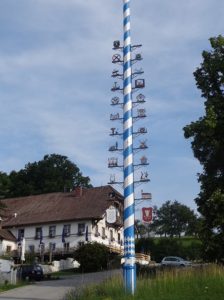 Maypole: one in every town

From Andechs we could have walked around Lake Ammer to the village of Ammersee. Although as usual we adopted the easy option and caught a ferry across the lake. Ammersee was yet another delightful village with a lovely church.

The following day was Jen’s downfall and included a very steep uphill climb to Hohenpeißenberg, with its impressive church and restaurant with spectacular views looking south towards the Bavarian Alps. We then faced an equally steep downhill to Obsersedlhof followed by a difficult walk on the side of the Ammer River gorge to Rottenbuch. At the conclusion of this section Jen discovered that she had five black toenails from poorly fitted shoes. While in quite a bit of pain she completed the walk in sandals.

Ordering meals in traditional Bavarian restaurants was interesting. We discovered that schnitzel is not served in the summer, pork chops come without bones and fish fillets have bones. Another much used expression was ‘kitchen closed’. We quickly found out that unlike Spain that you eat before 8pm.

In Germany almost all churches are open to the public and free to enter. This is the opposite of Spain where most churches are kept locked and admission is charged to visit the more spectacular ones. In the churches you usually found the stamp for your credencial.

We spent the sixth night of our walk in the small village of Auerberg at 1000 metres with more spectacular views over the Alps. It was a hard walk up to the village followed by disappointment when we discovered that the Gasthof had not recorded our booking. Eventually rooms were provided although not what we thought that we had booked.

An interesting aspect of walking in Bavaria was the fact that much of the accommodation did not have credit card facilities requiring payment in cash.

On Day 8 we were woken in Geisenried by a heavy storm. Not wanting to spend a day walking in the rain we retraced our path to Marktoberdorf and caught a train (two trains) to Kempten where we spent the afternoon wandering around the old town.

Initially it was our intention to complete our walk in Lindau but as usual we decided to do something different and finish in Bergenz in Austria. Interestingly from the point where we crossed into Austria, the path deteriorated and we were climbing over or finding alternative routes around fallen trees. Eventually we came out of the forest and made our way to Pfänder where we had magnificent views over Lake Constance. From Pfänder we took a cable car down to Bregenz then a ferry to Lindau. This was followed by a train to Friedrichshafen where we spent a few nights before going our separate ways.

Walking in Bavaria was spectacular through pretty villages and towns, exquisite churches, beautifully manicured farmland and lovely forests with great views to the south of the Bavarian Alps. If you like scenery this is a walk that definitely will not let you down. 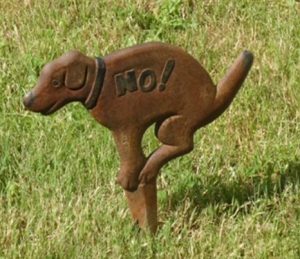 Picking up after your dog is taken seriously in Germany 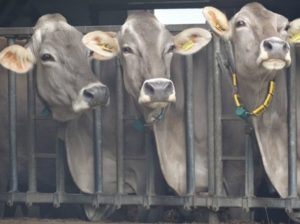 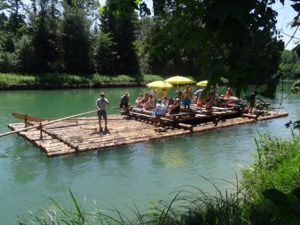 Rafting down the Isar 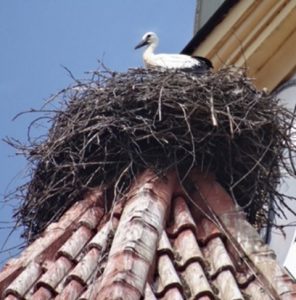 The only stork nest seen on the walk 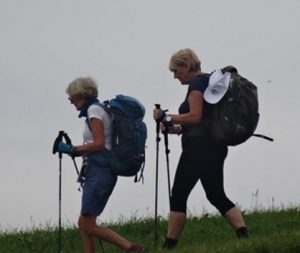 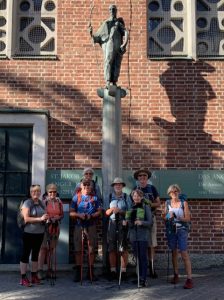 The group at St Jacob’s Church, Munchen
Australian Friends of the Camino