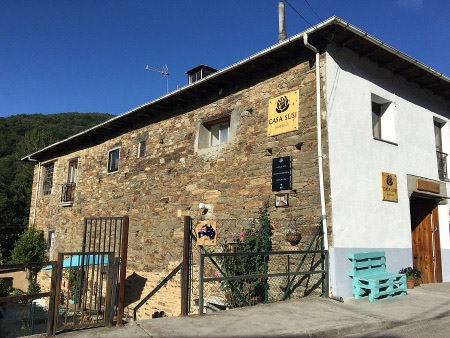 After 673 days closed, Casa Susi in Trabadelo on the Camino Francés reopened its doors to pilgrims, 1 September 2021. We have certainly not had the Holy Year that was predicted, but then the world never predicted Covid either.

I started Casa Susi albergue in 2017 and shortly after, Fermín became my partner in life. Over the next 3 Camino seasons our

lifestyle choice grew into a wonderful, welcoming albergue for weary pilgrims. 12 beds kept it intimate enough for us to connect with our guests and a communal meal each evening, cooked with vegetables from our garden, meant we got to share beautiful stories around our table.

With great anticipation we looked forward to the start of Season 4 in 2020 and what it had to offer. Sadly when we arrived back to Trabadelo on 20 March 2020 after visiting our family in Australia, the government had nailed a ‘closed’ notice to our front door. It advised us we were closed due to Covid and, to any pilgrims reading the notice, to return home immediately.

I believe that the Camino has now changed from ‘the way’ of the past. I am sure in the future, veteran pilgrims will say ‘In the old days before Covid things were different’. Will the rules that the government has implemented be removed? Doubtful.

2020 was quite a struggle worldwide. Spain was closed to foreign travellers. The Camino was closed in a fashion. The Spanish couldn’t cross into another region, so a pilgrimage was difficult to complete but we spoke with people from European countries walking the Camino. Showing proof of being pilgrims allowed them to walk freely between regions.

The Camino goes through small villages occupied by our ageing community and locals were understandably fearful of strangers walking. These people couldn’t see their own families but they could come face to face with a stranger outside their doors. 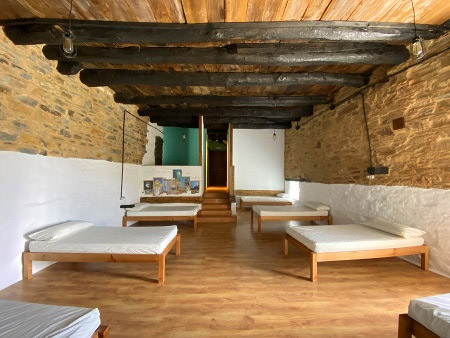 Hotels and hostels that had private rooms could open following strict rules in June. As an albergue with one large room it was very difficult to comply with the rules, which were regularly updated or changed. We would need to remove 4 beds to allow the allocated 1.5 metres between beds, giving us 8 beds which is the number we are using today. We couldn’t serve any food, no communal meal. No blankets, no board games, no books of which we have a wonderful Camino library. Hand towels removed with paper dispensers installed. Masks to be worn at all times. Disinfectant of back-packs and boots then placed in plastic bags, after spraying. One pilgrim in our entry space at one time and the only thing they should have mentioned was, no laughter! The list continued.

We are also very conscious of our elderly neighbours who pass our front door many times per day going to the ‘huerta’. We didn’t want them to be concerned that possibly one of our pilgrims could have Covid, or us, for that matter. So for many reasons we stayed closed through 2020.

January 2021 arrived in lockdown of our region and Spain. This was updated every 2 weeks. Patiently we waited for regions and borders to open. Slowly over the months things changed but for Castilla y León it was incredibly slow. As the largest autonomous community in Spain, we had a big area for Covid numbers to decrease before allowing freedom of movement. The Government, Sanity and Tourism, who issue the rules for albergues, kept us completely in the dark. Galicia, our border region, seemed to be moving ahead.

This is from a news statement in June: “According to Enrique Valentín, president of the Red de Albergues del Camino de Santiago, 70% of the private hostels on the Camino Francés will open their doors in July. And about 90% will do so already in August.”

This statement was followed by this one: “Only those shelters that are more delayed in the evolution of the pandemic, such as Castilla y León, will suffer some delay. But from 1st July, the Camino de Santiago will be open”, confirms the president of the Red de Albergues. 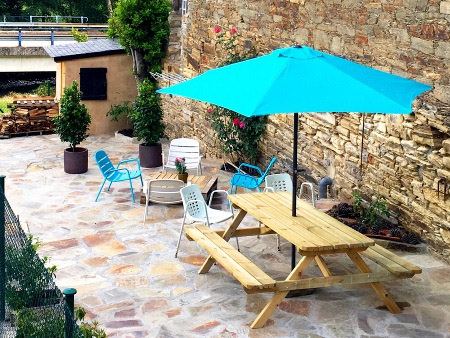 It felt very unfair that Galicia could open and care for pilgrims when we couldn’t. Pilgrims were walking daily and numbers increasing. There was a shortage of beds and open accommodation but still we couldn’t open. They were promoting the Camino with no infrastructure. The rule that stopped us opening was ‘one household per room’.

So one pilgrim meant we were ‘completo’. Families from different houses couldn’t stay together either. Inspectors knocked to check we were closed or following the rules closely. We couldn’t afford to be fined for breaking the rules.

Many phone calls, emails and meetings took place throughout August… even- tually something   had   to give. On 25 August we received a phone call explaining we could open, on the proviso that every pilgrim signed the same document. The document stated they agreed to sleep in the same space.

With much anticipation we opened on 1 September. All the apps and guides stated we were closed, so we hoped opening the doors would be enough.

Day 1 we warmly welcomed one pilgrim who got showered with my tears and much warmth! It was wonder- ful to be open again. We have been

open for 8 weeks now and still the pilgrims are coming through in high numbers. Previous years in late October, pilgrims decrease but with borders of countries like South Korea opening, pilgrims are desperate to walk. I know the Australians are waiting patiently and Fermín says “Santiago is going nowhere”: this is true but we understand the need to take a long walk. Each and every pilgrim we have received has been grateful to arrive here. The appreciation of the feeling of arriving at home is so welcome.

Many places that offered a home-cooked communal meal run by volunteers are still closed. Places that had many mattresses lined up next to each other are likely not to be opened again. Kitchens in municipal albergues are still closed. There are still tales of overcrowding in bedrooms, bunk beds being used, limited facilities… once upon a time this was called ‘charming or quaint’. I suspect many of these will disappear. 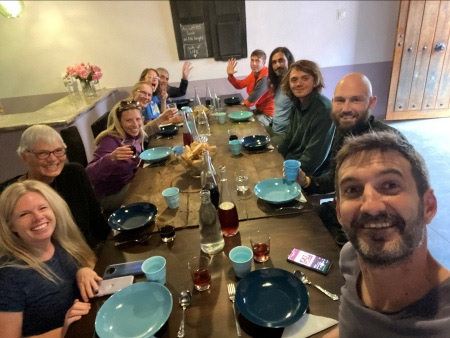 This afternoon, whilst I’ve been writing for the Camino Chronicle, Fermín brought a pilgrim into our home. Sam had walked from his home in Belgium. Sam told us he had 3 things to do to complete his Camino of over 2,000km: 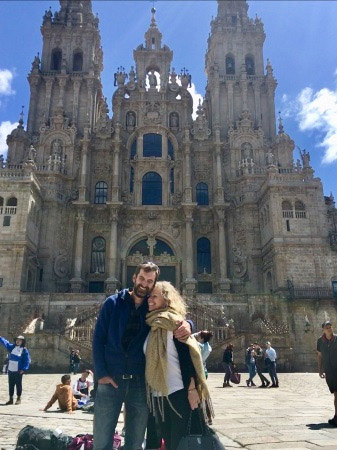 We were in tears.

What we, as former pilgrims and the ‘caretakers’ of Casa Susi have learnt during Covid is that the true spirit of the Camino has come alive during our hardest times. Whilst we didn’t see pilgrims, many people thought of us and reached out to help.

Wishing everyone a peaceful festive season. We hope to see many of you Aussies in 2022!