The festival of San Juan is celebrated across Spain, Portugal and some Latino countries on 23 June, the eve of St John’s day, and coincides with midsummer feasts and the shortest day of the year. Traditionally bonfires were lit to ward off evil spirits and witches. In some places medicinal plants are gathered and left overnight in water which is then used on St John’s day to cleanse the face. 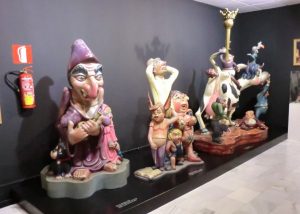 Alicante lays claim to the largest festival with many colourful statues (hogueras) constructed around the town, then burnt. Thankfully some have been saved and are on display in a Museo de Hogueras, on Rambla Méndez Núñez.

In Valencia it is small family gatherings on the beach for a late night picnic.

Santiago de Compostela celebrates with troubadours wandering the historical centre playing typical Celtic music and many a barbeque selling sardines and chorizo, washed down with plenty of beer and wine.

In A Coruña they hold a wild beach party on a grand scale for 400,000 people who party until dawn (see right). Colourful floats take part in a street parade followed by fire- works at midnight. Some of the bonfires reach two stories high and the radiant heat is intense. 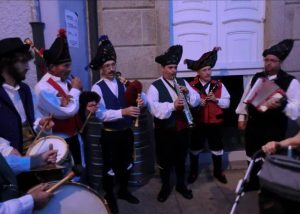 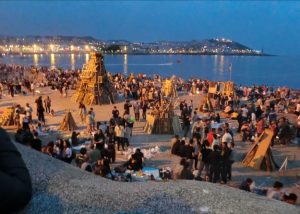 The beach party in A Coruña
Australian Friends of the Camino