An hórreo is a typical granary from the northwest of the Iberian Peninsula (mainly Galicia, Asturias and Northern Portugal), built in wood and stone, raised from the ground by pillars ending in flat staddle stones to prevent access by rodents. There is always a gap between the top step and the storage room. Ventilation is allowed by the slits in its walls. Similar buildings (barns) on staddle stones are found in Southern England. They use stone near the sea to make them last longer.

There are an estimated 18,000 hórreos and paneras in Asturias: some are poorly preserved but there is a growing awareness from owners and authorities to maintain them in good shape.

I asked a Spaniard – why the cross on top? And he replied most were built in the 15th and 16th centuries when Spain was staunchly Catholic and they put crosses on the top of everything. As well as a cross at one end, you may see a pinnacle at the other. The cross represents protection and the pinnacle fertility!

In the Galician countryside you will see square hórreos used as houses by vaqueros (cowboys), which could be dismantled and transported when  the cattle were moved south in winter.

The oldest document containing an image of an hórreo is the 12th century Cantigas de Santa Maria by Alfonso X “El Sabio”, in which three rectangular hórreos of Gothic style are illustrated. 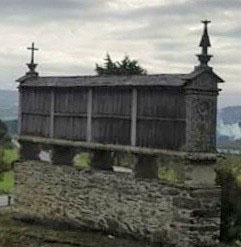 Wooden hórreo on stone base — complete with cross and pinnacle 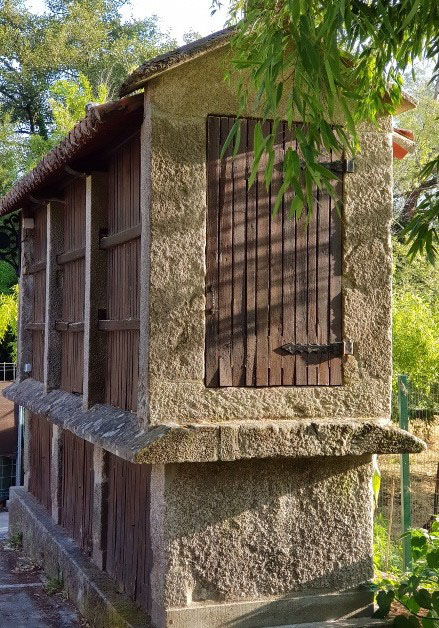 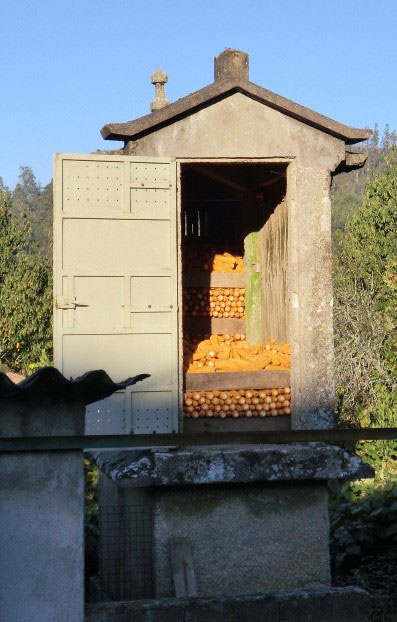 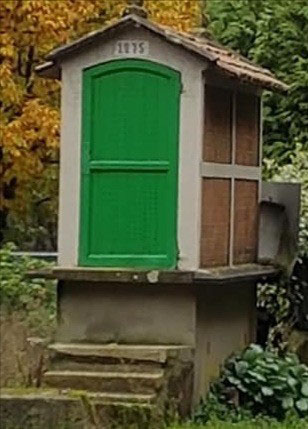 Step up to the green door! 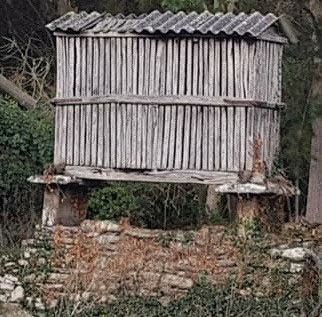 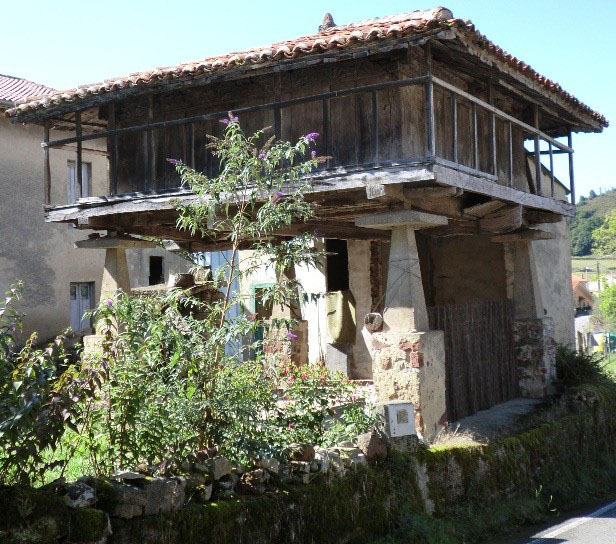 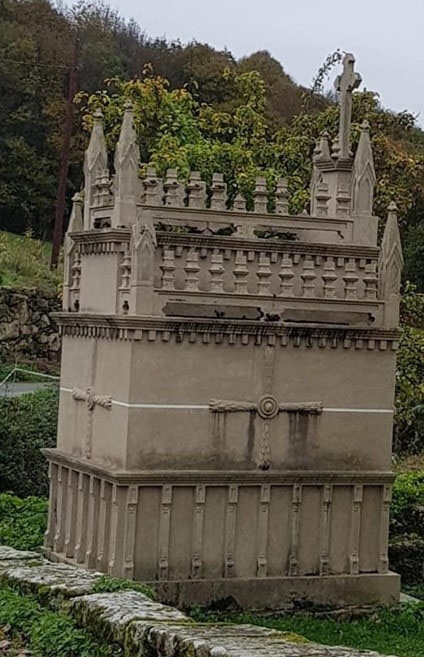 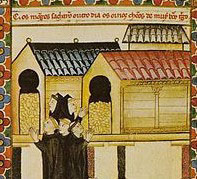 The oldest document containing an image of an hórreo is the 12th century Cantigas de Santa Maria by Alfonso X “El Sabio”, in which three rectangular hórreos of Gothic style are illustrated 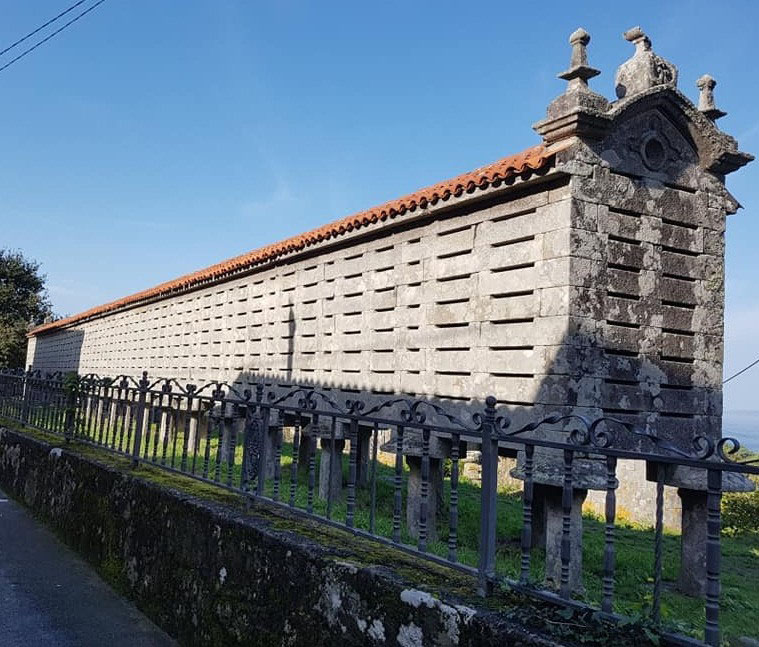 Possibly the longest hórreo!
Australian Friends of the Camino