The end of May found us in Le Puy-en-Velay, France, preparing for a walk with a difference. Walking were John, Paul and Jane with John’s daughter Beck providing vehicular backup. While Beck would like to be able to walk, her knees do not permit her to do long distances. 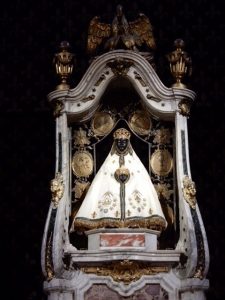 Picking up the vehicle in León was a bonus as it enabled us travel to Le Puy without the inconvenience caused by the ongoing French train strikes. Before commencing our walk we spent a day in Le Puy visiting the chapel of Saint Michel d’Aiguilhe (267 steps up a puy to the chapel—a puy is pillar formed by the core of an old volcano), the statue of Notre-Dame de France overlooking the town (which is hollow and has an internal spiral staircase) and obtaining our créanciale at the cathedral. The cathedral is interesting as the entrance is by stairs that terminate in the centre of the cathedral and is home to a Black Virgin who processes a complete liturgical wardrobe which is changed along with altar cloths and vestments according to the church year. 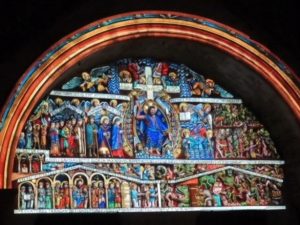 Traditionally, pèlerins (pilgrims) departing Le Puy-en-Velay attend the 7am mass, arriving via the pilgrim door and departing the cathedral en-masse walking down the giant staircase (set in the cathedral floor) through the entry portal onto    Chemin de Saint Jacques. About 70 pilgrims departed from the Le Puy cathedral on 29th May.

The majority of pilgrims were French (90%) , with the remainder mainly European (Germans, Austrians, Belgiums and Dutch), plus a couple of Australians, two ladies from New Zealand who we met at the end of our walk, a couple of Canadians and a man from Japan. Most of the walkers commencing in Le Puy dropped off by the time we reached Cahors with only a few continuing on to St Jean- Pied-de-Port or intending to walk through to Santiago. The pilgrim office told me about 15 pilgrims per day were arriving in St Jean on the Le Puy route.

While we had a copy of the latest edition of the Cicerone guidebook by Alison Raju, we found it to be of little use and adopted Miam Miam Dodo books as our reference. Although in French, they are not difficult to read and were the best source for accommodation on the route. In addition we used a GPS track obtained from the Camino Forum. As usual, the German guides proved to be the best and we were quite often directed to a shorter or better route by our Austrian friend Hans. 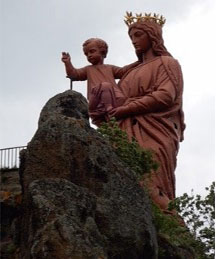 Notre-Dame de France, Le Puy (we climbed to the top)

The GR65 waymarking and signage was excellent and we only deviated from the marked route on a couple of occasions. If we were in doubt a check of our position in relation to the GPS track quickly resolved the issue.

For communication, we picked up phone SIM cards in Spain that were mainly data which we used for navigation, email and communications, and Messenger and Viber for calls home to Australia. The Spanish SIMs were cheaper than in France, although topping up the data after the end of the first month was a an issue as Orange in France have nothing to do with Orange in Spain. Eventually we found a way of topping it up over the web and avoided having to purchase a French SIM. 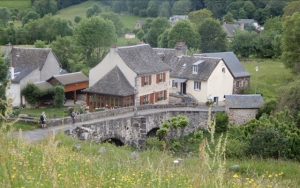 This year France had an exceptionally wet spring which continued into the start of the summer. We had rain almost every day for the first two weeks of our walk. Luckily the route down to Cahors is fairly rocky and we were able to walk (rock hop) on wet tracks (sometimes resembling small rivers) without slipping or sliding too much. The initial few

days of the walk before we descended into the Lot valley was on a high plateau, with plenty of wild flowers including ripe wild strawberries. Cherries were also in season and plentiful although previous pilgrims had already picked any accessible from ground level. 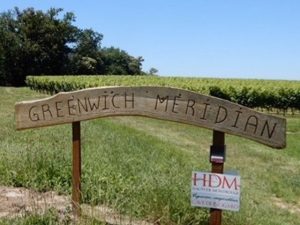 The walk from Le Puy to Cahors was more difficult than walking in Spain with almost endless ups and downs with many rocks and loose stones. We were always grateful for flatter sections when they occurred. From Figeac we deviated from the GR65 to walk the alternative route along the Vallée du Célé. The deviation was spectacular with the walk from Beduer to Saint Sulpician being probably the most scenic day on the walk. The tiny village of Espangnac was a great place to stop for lunch although, as was quite often the norm, nothing was open.

France would normally shut down between the hours of midday and 2pm on Sundays and Mondays. We found that if we had not obtained something for lunch by midday, we were probably going to have to get out the emergency rations (nuts, biscuits, cheese, and reconstituted KitKats—a KitKat that has been melted and re-solidified several times before consumption.)

We stayed in a variety of accommodation, including seminaries, monasteries, gîte d’étapes, chambre d’hotes, hotel-restaurants, and even a night in an eco-gîte where Jane enjoyed the vegetarian meal, but was not so keen on the composting toilet. In France it is normal to book accommodation ahead rather than just turning up as is usual in Spain. As we do not speak French fluently, we used either the tourist office or had the current gîte owner ring ahead and book for us. We tried emails, but found that many of the gîte owners either did not respond or took up to 48 hours to get back to us. Having a car provided flexibility not usual on our walks, as we were able at times to book accommodation off the route, have Beck pick us up at the end of the day and deliver us back to our starting point the next morning. The car allowed us to stay at times in larger towns and to do the odd side trip which included a visit to the knife manufacturing town of Laguiole.

Rest days were in Conques, probably the most picturesque village on the walk where we stayed in the Monastery, and in Cahors where Paul and Jane departed for Alicante. From Cahors the walk flattened out and the weather improved. While there were less stony paths, there were still sections of muddy track that could only be avoided by taking to the fields. This sector from Cahors south would have been a nightmare to walk a couple of weeks earlier.

Arrival into St Jean was quite a shock. Last time I was there in 2013 we arrived in the evening, located accommodation, visited the pilgrim office, obtained a meal and left early the following morning. This time l was confronted with a village full of pilgrims, tourists and commercialism. It definitely was not the quiet village I remembered.

I initially intended to continue to Roncesvalles but unfortunately I was out of time and had to get back to Madrid for our return flight home. 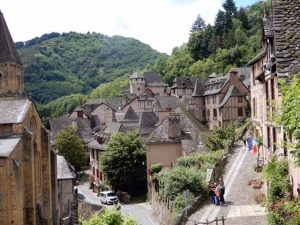 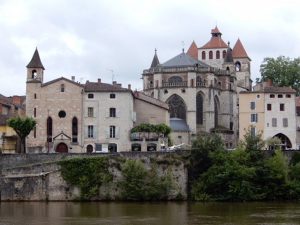 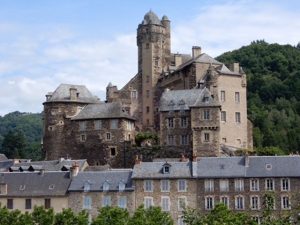 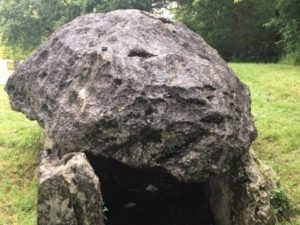 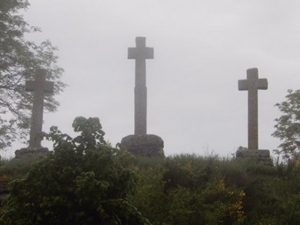 On the road in the early morning… 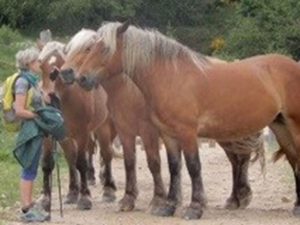 “Do you have sugar in your backpack?” 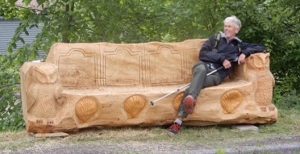 Paul relaxing on the way into Saugues 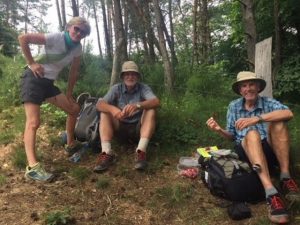 Jane, John and Paul. Radishes for lunch!
Australian Friends of the Camino