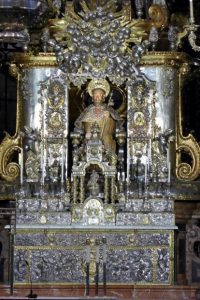 The Xacobeo Holy Year, established in 1126 by Pope Callixtus ll, occurs when the feast day of St James falls on a Sunday. This also coincides with the laying of the last stone of the Cathedral of Santiago de Compostela. 25 July is St James Day and, though not a Sunday this year, 2022 continues the Xacobeo Holy Year, which was extended from 2021 by Pope Francis, due to the restraints of Covid19. Holy Years occur on a cycle of 6 – 5 – 6 – 11 years, the next three being in 2027, 2032, and 2038, with only 14 Holy Years occurring each century. It was on St James Day 2010, the last Holy Year, that the establishment of the Australian Friends of the Camino began.

On the afternoon of 31 December, during Xacobean Holy Years, the Puerta Santa at the Cathedral in Santiago de Compostela is opened, being closed again on 31 December a year later. Though it is not essential for those of the Catholic faith to enter via the Puerta Santa to gain a plenary indulgence, it has become a popular ritual for pilgrims to do so. Those wanting to earn the special indulgence during the Holy Year are required to:

This is known as ‘earning the Jubilee’, and is something that can only be done in five cities in the world: Santiago de Compostela, Rome, Jerusalem, Santo Toribio and Caravaca de la Cruz. 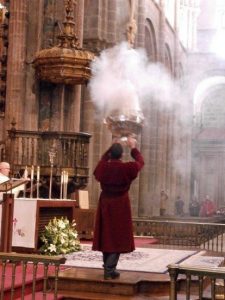 The botafumeiro set in motion 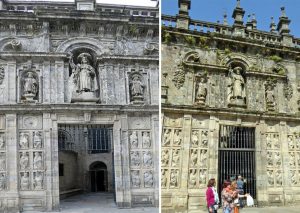