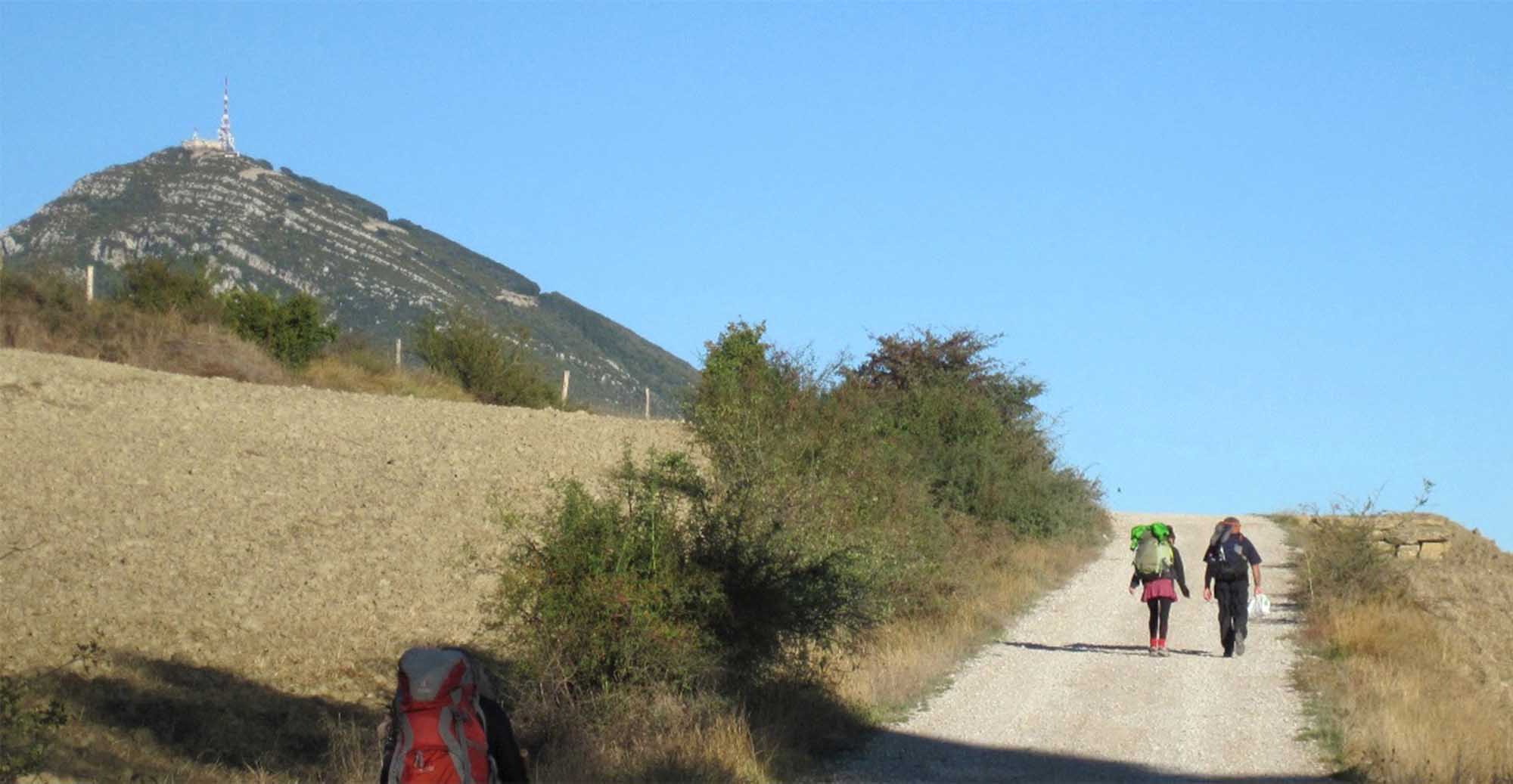 I walked this route from September 11-22, 2011, from Somport to Puenta la Reina, starting from Oloron-Sainte-Marie in France and continuing on the Camino Frances to Santiago. The Camino Aragon is 165kms long. The route is well waymarked with the French red and white slashes and GR65 and the more familiar Spanish yellow on blue arrows, as well as the scallop shell, and a map, although desirable for an overall view of the route and distances, was not essential. It is necessary to keep a sharp eye for the waymarks, and on one occasion two of our party of four missed a waymark

and it was only by luck we were reunited after walking an additional six kilometres.

I used the Confraternity of St James guide Toulouse to Puenta la Reina. I found the directions in this guide to be confusing, although the general information was useful. In Jaca I picked up at the municipal albergue a one-page leaflet published by the Tourist Office with a general map of the route, distances between towns, locations of albergues and the number of beds in each albergue, and suggested stages (which I ignored). This leaflet was very useful, and together with the waymarking, I stopped using the CSJ guide.

Temperatures were in the middle to high 30s, and the land was very dry. Although some villages had drinking water fountains, and water could be obtained at town and village bars, distances between villages were sometimes long, which was a problem in the high temperatures I encountered. For example, Arres to Ruesta 27km (although there are diversions to villages: Miamos 2km each way and 13km from Arres, and Artieda 1 km each way and 17km from Arres). I did not buy bottled water and had no problems by drinking domestic tap water.

Flies were a nuisance around my face, presumably because of the dry conditions and my perspiration and I wished I had some personal insect repellent. Generally I don’t add salt to my food, but after getting painful cramps in my legs after walking, realised the reason was that I was losing salt in perspiration, and thereafter put salt on my food and the problem was solved. Albergues were good, being clean, bed bug free (or was I just lucky), and all provided meals, and sometimes kitchen facilities. Some were municipal and some private, but this made no difference in the standard. Hospitaleros were always welcoming, and the Spanish people friendly.

Pilgrims on the Camino Aragonés path, Izco to Monreal

The route was very scenic and gently up and down, sometimes paths were wide and well surfaced and some were narrow tracks one-person wide. There were few walkers compared with the Camino Frances, and obtaining a bed was no problem. I estimate an average 20 pilgrims per night at the albergues, which was a small enough group for everyone to be friendly and exchange experiences at the end of each day. I walked in a group of four for five days, and with one other pilgrim on another day.

A highly recommended diversion is a visit to the Monastery of San Juan de la Pena, both the old and new monasteries. It is a very steep hard climb up to the monastery from the aubergue at Santa Cilia de Jaca and I suggest that you share a taxi with some other pilgrims. There may be a bus but I am not sure. There is a cafe but no accommodation at the monastery.

In two places there are alternative routes described in the CSJ guide and shown on the leaflet mentioned above.

Pau is a beautiful town but expensive, so next time I would stay the two nights and a day recovery time in Oloron.

An alternative to flying from Paris to Pau is TGV train from Paris (Montparnasse station). There are numerous trains throughout the day and the journey is 7-8 hours with a change at Bordeaux or Dax.

Other ways of getting to Somport

There are enough albergues to walk in roughly 15km stages or even less in some sections. All of the following towns/villages had albergues.

Suggestion 2 (my stages starting from Oloron. I allowed 9 weeks to walk to Santiago,  so I had lots of time for photos, cafe con leche etc)