On 11 April this year, Rob and I flew to Spain to test the waters on a post-pandemic Camino as things started to open up again. Apart from a few extra layers of ‘Covid administrivia’, we found things remarkably normal. Having only just returned home on 25 May and wanting to get this into the June CC before it’s all hopelessly out of date, I decided to do a photo montage with captions to try and summarise our tentative steps into this brave new world!

Concluding a Camino where I had to make concessions to my ageing bones with shorter daily distances supplemented by the trusty Jacotrans backpack service and sometimes buses for me – which was upsetting but a Camino lesson in itself – I saw a carrier bag with the following words from Karen Blixen on it: The cure for everything is always salt water: sweat, tears or the sea. I used all three.

We only had our temperatures checked twice, and no kitchens were open for use by pilgrims, most albergues were still operating at half capacity and masks were absolutely compulsory on all public transport. Other than that, things were pretty much business as usual with a real sense of everyone being so grateful to have us there and us to be there. 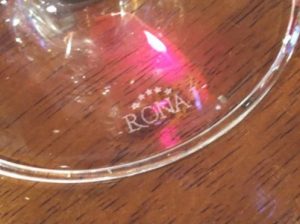 After a stressful half hour trying to complete the online Spanish health department pre-departure Covid forms, we retired to the airport bar for a glass of wine and noticed the name on the wine glass! 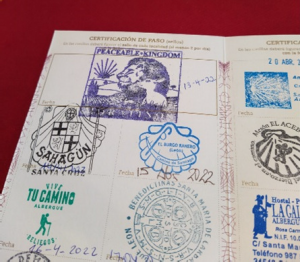 We started our 2022 Camino from Peaceable Kingdom in Moratinos, a tiny village where I was told “we sleep 20” and many of the older residents disapprove of women wearing trousers.

We were lucky enough to be in León for Easter Sunday with no less than 8 major processions to enjoy. All participants were masked (except the musicians) and we saw these children solemnly bearing the nails and crown of thorns from the Cross on white cushions. 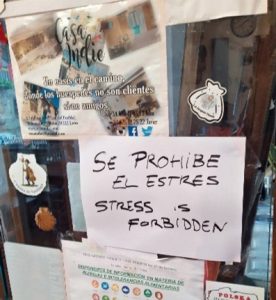 By Rabanal we were getting the only bit of bad weather we encountered, but this sign on the bar door cheered me up 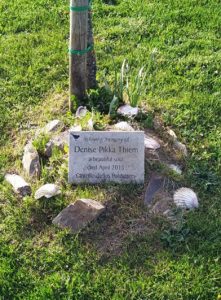 At the Ecce Homo chapel outside Astorga we visited the pilgrim memorial grove which continues to receive requests for memorials to pilgrims who pass away on the Camino. 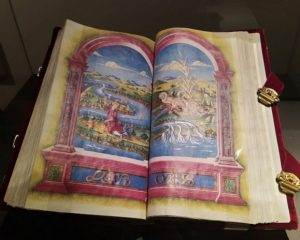 For the first time ever, we arrived in Ponferrada with time to explore the Templar castle with its wonderful collections of illuminated manuscripts. 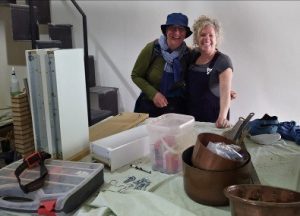 Susi from Casa Susi in Trabadelo interrupting her incredibly hard work with only 3 days to go until opening day to offer us a cold beer when we called in with another Dutch pilgrim. 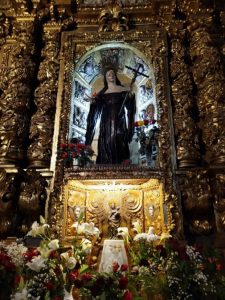 A real highlight of our time in Santiago was catching up with Johnnie Walker, after which we attended Mass at the church of San Augustin where he plays the organ.
It was very special to hear the notes of the Processional ring out – Advance Australia Fair – in honour of our visit! This church has a chapel dedicated to Santa Rita de Cascia, patron saint of impossible causes, unhappy marriages, women’s ailments, abuse and mothers. She has a partial stigmata on her fore- head – a thorn – and it is said that on her deathbed she asked for some roses from the garden. Being midwinter, she was told there were none but she asked her visitors to look anyway and there, of course, was a large red rose, her symbol. On her saint’s day (22 May) the church is full of people with bunches of red roses.
Interflora delivers regular orders of red roses to place in her side chapel. However, the priest made a special request that all floral tributes for Santa Rita be donated in cash to wards support for Ukrainian refugees.

Rob continues to write his haiku as we go – this one was for a lovely German pilgrim we spent a couple of days with.
Australian Friends of the Camino