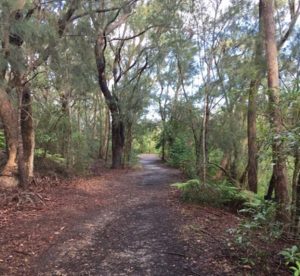 In Australia, there is an indigenous tradition around ‘temporary mobility’ (formerly known as ‘walkabout’) as a rite of passage. Many young Australians spend months backpacking through places seeking out their own rite of passage. I did this for 6 months in my twenties walking Cinque Terre in Italy and to the hill tribes of Chiang Mai in Thailand. Many people have read books on pilgrimages, in my case The Pilgrimage by Paulo Coelho.

My partner had walked the Camino de Santiago (Camino Francés) with her father back in 2016. Her father returned in 2018 to walk a third of the Camino de Santiago with his wife on her first Camino. There seems to be something compelling about a Camino which often finds pilgrims doing the same pilgrimage again or seeking out another pilgrimage (often the Portuguese Camino as a follow up to Camino Francés).

My partner and I decided to walk the Camino Francés this year but had to cancel due to coronavirus. We had noticed other Australian Caminos such as the Aussie Camino from Victoria to South Australia, The Way to St James Cygnet in Tasmania as well as other pilgrimage trails springing up locally, which showed there was interest in Australia for multi-day walks giving people time to contemplate and reflect. This was the seed of the idea for Camino de Sydney. 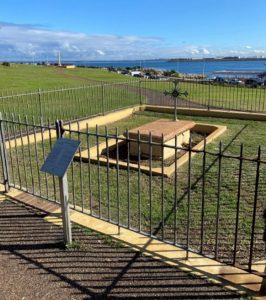 Sydney may not have the same richness in historical buildings as northern Spain. However, it has more history than people often give it credit. For those looking for an authentic pilgrimage there are many sacred sites across the urban cityscape, often connected with ethnic groups who have come to these shores over the past 200 years. Sydney has the Blue Mountains on its doorstep, our equivalent of the Pyrenees. For a French experience, there is La Perouse which forms a great starting point for the Camino de Sydney. Sydney also offers many examples of Spanish culinary delights, with tapas being part of Sydney’s international food scene. There have been a number of walks developed in the last couple of years including the Bondi to Manly Walk and the Great West Walk. All that was needed was some time linking a number of these existing trails through national parks, botanic gardens and coastal areas into a multi-day experience.

At 29 days and 600km, the Camino de Sydney is shorter than the Camino de Santiago, thanks in part to its one rail journey from Central Station to Blackheath on Day 1. This allows the pilgrims to spend their time walking ‘back in to the cityscape’. Some people may do part or all of the Camino de Sydney, walking through 25 different First Nations lands in the spirit of indigenous reconciliation. Some may seek out over 160 sites of worship on a journey of faith. Some may visit 9 different Sydney suburbs named after Saints from centuries past or visit the tomb of Australia’s first Saint, Mary MacKillop. Some may seek to connect with over 30 different ethnic communities who have come to Australia to make their home.

In a time where 5 million Sydneysiders can’t travel overseas and many have become unemployed due to economic downturn, walking through wide open spaces is still a safe pastime. In a complicated world, there is a need for reflection and a pilgrimage path can allow one space to contemplate. In the future, overseas visitors may be able to get a deeper insight into Sydney through a month’s journey, rather than a 3-4 day drop-in. As we say on Camino de Sydney, “Know Sydney, know thyself.”